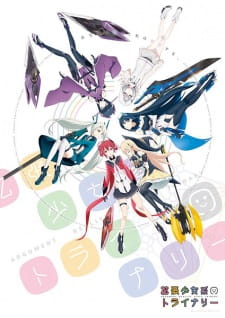 Plot Summary: The story centers on five girls who fight with a special mission in the plane of existence on the other side of the screen. The setting of the story is the metropolitan area of the Japanese capital, after it was beset by a certain abnormality.