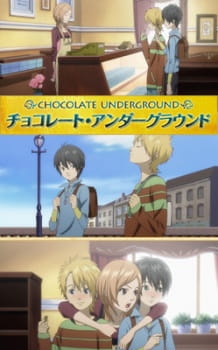 Plot Summary: Chocolate and other sweets have been banned thanks to the political reign of the Good For You Party, and the new laws are enforced strictly, with force if need be. Smudger and Huntley are two teen boys determined to eat chocolate again. They search out rumored chocolate bootleggers, eventually starting their own chocolate underground distribution.